Did you know the Chinese character for ‘crisis’ and ‘opportunity’ are the same. This is a story of a man that saw a crisis in his business and turned it into an opportunity.

Back in episode 42, the lovely Ellen Rohr told me that she would love to see this episodes guest on the podcast because of the fantastic work he does with trade organisations in helping them develop systems and scale their businesses.

Formerly a plumber, Al grew up working in a Long island, New York company that his Grandfather started back in 1936. Al’s father worked in the company, as did his Al’s uncles and today he proudly told me that now the forth generation is learning the ropes as his nephew climbs the ranks.

Al noticed that as a technician, three were not enough processes in his business, which was causing bottlenecks in the way the company was operating. As a notorious, self confessed strategist, Al set out over the course of 12 months to develop and implement systems and processes into the business that eventually ended up replacing him.

Al now lives in Arizona and runs Appleseed Business, which he set up to help trade organisations do just what he did. He’s worked with companies as small as sole traders, right up to organisations that employ hundreds and turn 400 million in revenue.

Al’s book, ‘The 7 Power Contractor’ is available from his website and you can reach him at. 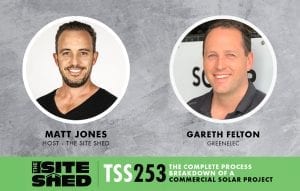 The Complete Process Breakdown of a Commercial Solar Project 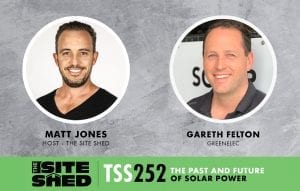 The Past and Future of Solar Power 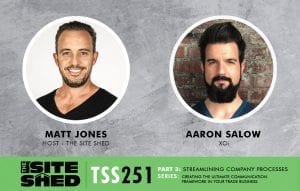 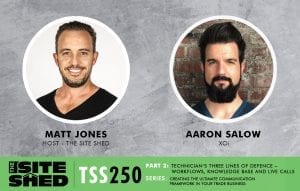