TSS060_Meet the worlds number one expert on heating, Dan Holohan.

Fair to say that Dan Holohan is a qualified ‘expert’ when it comes to heating.

Living in Long Island, New York, Dan has had an impressive journey.

Following in the footsteps of his father, Dan Holohan entered the world of heating when he came to a cross road in his life. Like many of us, he was unsure what to make a career out of, however his Dad left an impressionable thought with him.

“Dan, get into heating, because wherever there’s snow, there’s going to be a need for heating”.

It’s funny how small things and passing comments can have such a life changing impact on us. I myself probably would never have become a plumber if I hadn’t of mentioned my interest to the mechanic at the garage station I was working at when I was 17.
That comment in passing inspired him get on the phone and get me a meeting with the boss of the plumbing company that his brother worked for. Next minute I was serving a plumbing apprenticeship.

Where Dan’s story is extraordinary is in the space of his vision.

Dan was working with heating systems in New York that were hundreds of years old and all of the people that knew how to operate and maintain them were checking out…permanently.
With limited people who were armed with the knowledge of how to work on these systems, Dan started researching. The more problems he’d discover, the more research he’s have to do and before long, he was becoming the go-to man for heating information.

Wanting to document his findings so that his knowledge could be passed down, Dan started writing a book. However in order to get the book published he needed to come up with a huge sum of money which he didn’t have. His Friend Al Levi (who you may remember from episodes 46, 56, 57 & 58) loaned him the money in good faith to get going and the rest is history.

In 1997, during the very early days of the internet Dan was advised to set up a website forum that could serve as a go-to place for anyone with heating queries. Before long is was receiving thousands of visits and as a result was transformed into a money making machine.
The website that still runs today is called HeatingHelp.com and although Dan sold the business to his daughter Erin last year, it is still regarded globally as the go-to place for the heating industry.

You’re going to love this podcast. It’s an amazing story of evolution, passion and drive.

Head across to the website and join their community. I now receive a weekly newsletter from Erin with industry news and it’s put together so well, I can’t recommend it enough. I’m personally taking a lot of principles from their approach, so do yourselves a favour and check it out.

You can reach out to Dan at: 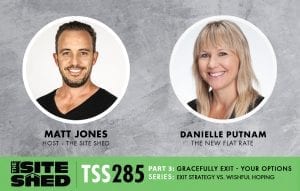 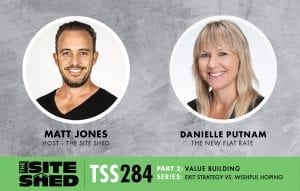 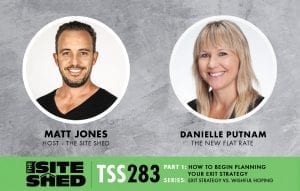 How to Begin Planning Your Exit Strategy 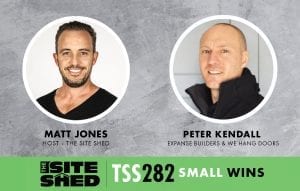 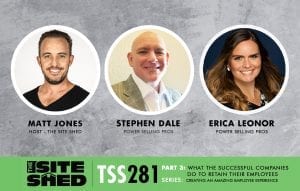 What the Successful Companies Do to Retain Their Employees