Meet the Brickman. The coolest builder on the planet. Do you even LEGO®?

In today’s podcast, we meet a man that has turned playing with LEGO® his life.

At the heart of every tradesperson is a desire to create something. Who knows. perhaps it’s even a primal urge that we’re not in control of. If you think back to the hunter-gathers, the early settlers, even the industrial age, men that were valuable to society were men that could build things. Most women could hold their own too.

This was a time before “jobs” that we have today. We built homes and shelters to live in and we created things that made it possible for our families to survive and live safety.
There were no ‘web designers’, there were no ‘marketing agencies’ and there was not a collection of restaurants for us to take our families to when we can’t be bothered cooking.

We created, we built, we cooked, we provided and we survived.

In my eyes, tradespeople have ‘real jobs’. Since hanging up my plumbing tool belt a number of years ago, I may no longer have what I labelled above as a ‘real job’, however at the roots of what I love to do and what I’m drawn to, is a desire to create.

I have a three year old nephew and the time I spend with him is time that I can reconnect with that creative urge.
Perhaps not through creating things that we need to survive, however certainly developing skills that equip our minds with the mechanical, problem solving skills that we should all connect with.

At the risk of quoting a terrible pun, these skills really do form the ‘building blocks’ of what many of us set out to further develop as tradespeople.

Of course, I’m talking about LEGO®. The magical little bricks that bring us so much joy. Children and adults alike.

If you listen to this podcast, it’s likely that you’re a tradesperson of some sort and I’d be willing to bet my hat on the fact that 90% of everyone that listens to this podcast LOVES LEGO®.

In this podcast, I have the privilege of speaking with a man that has made LEGO® his life. Ryan McNaught is the ‘Brickman’ and he is the only certified LEGO® builder in the Southern Hemisphere and one of only fourteen globally.

The Brickman has a lego show called ‘AWESOME’, which is touring around Australia in Sydney, Melbourne, Perth and Brisbane. Get along to see some of the incredible creations that Ryan and his team have put together over a collective 4,500 hours, using over 1,500,000 LEGO® bricks.

There are 38 exhibits, including everything from life sized Harley Davidson motorbikes and a 7.5 meter tall Rocket Ship, through to Crocodiles, Koalas, Kangaroos and even a gigantic Orca.

Head across to TheBrickman.com/awesome to learn more and grab your tickets. 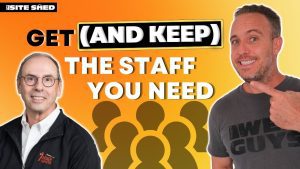 Finding and Retaining All The Staff You Need 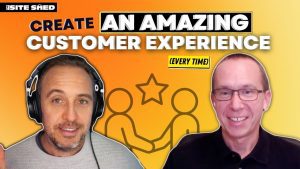 How to Reduce Your Marketing Spend and 10x Your Conversions

Finally! The ONE Software for Tradies and Contractors to Replace All Others!