Like travelling? Well, you’re going to love this story.

In today’s podcast, we meet a man that has made travelling a reality for tradies.

Like many young adults (and especially Australians), I embarked on my global pilgrimage as soon as I possibly could.
I remember it clearly. I finished certificate four plumbing exam at college on a Wednesday and Flew to British Columbia, Canada on the same Friday. I missed my awards night and I missed everything else that happened at home over the next three years, as I gallivanted around the globe, living by the seat of my pants.

This was a time when Facebook was just becoming a thing and the internet speeds were so slow, it would take you 15 mins to open an email, so Skyping mum was like pulling teeth.

Regardless, they were the best years of my life. No worries, no stress, no responsibilities and lots of mountains to ski.
Well, I suppose there was a couple of stresses. Mainly in the form of where the heck am I going to live and how am I going to survive on a shoestring budget?

In today’s podcast, I’m speaking with a Melbourne based entrepreneur named Adam Valastro, who like me had similar travelling experiences as a young man, however unlike me, he set out to address the problems I mentioned above.

Adam’s company is called Travelling Tradies and he has developed a way that young, skilled workers can apply their trade in various locations around the world by trading labour for accommodation and food.

It’s a brilliant idea. When I travelled, we used to do a similar thing, however there was no structure behind it. In most cases, we’d just hope for the best. The idea of being able to have some sense of security would have been far less stressful

Anyway, if you’re a traveller, or if you hope of one day travelling, this is a great podcast for you.

Also, Travelling Tradies is running a competition where they’re putting up $20,000 to send 4 tradies to an amazing location. Click on this link, or the image below to enter. 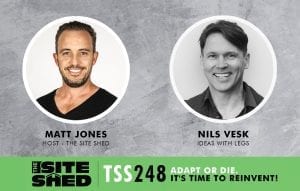 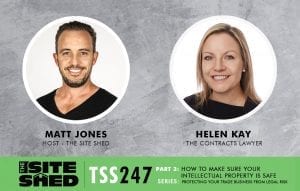 How to Make Sure Your Intellectual Property is Safe 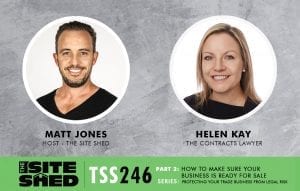 How to Make Sure Your Business is Ready for Sale 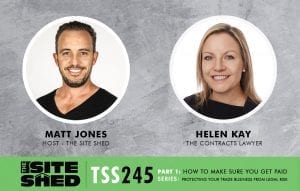 How to Make Sure You Get Paid 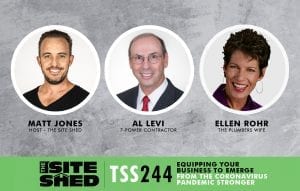 Equipping Your Business to Emerge from the Coronavirus Pandemic Stronger